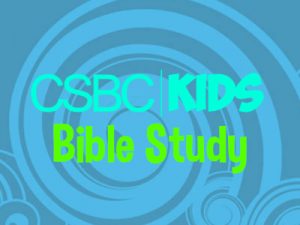 Text Truth: We are called to believe that Jesus is our Lord and Savior.

Question: What does “believe” mean? (to accept that something is true)

Question: What are some things you believe?

In today’s lesson, we are going to look at 3 different people/groups of people who believed in Jesus as Lord. The first person is a lady we talked about at the end of last week’s lesson.

Questions: Do you remember her name? (Mary Magdalene)

Mary was the one who went to the tomb early Sunday morning and found that it was empty. She was so upset because she thought someone had stolen Jesus’ body. When she turned around, she saw Jesus standing there, but she did not recognize Him. Mary thought He was a gardener.

Jesus asked her two questions: “Why are you crying? Who is it you are seeking?” She said, “Sir, please tell me where you have hidden Him.”

At that moment, Jesus called out her name, “Mary.” When she heard her name spoken, she immediately knew it was Jesus. She yelled “Master!” because she was so excited to see Him. She believed that Jesus was her true Lord and ran to tell the disciples what she had seen.

The second group of people are the disciples. Even though Mary had told them everything she saw, the disciples were still unsure about what to believe. In fact, that Sunday night they were all hiding in a room together.

Question: Why do you think the disciples were scared? (They were worried the Jewish leaders would want to kill them like they did Jesus.)

As they were hiding, Jesus suddenly stood in front of them! He did not use the door; He just simply appeared in the room! The first thing he said to the disciples was, “Peace be with you.” They were very scared at first. Then, Jesus showed them the holes in His hands and side. They finally realized it was Jesus and were so glad to see Him. They all believed that Jesus was the true Lord and Savior of all.

The last person to look at is Thomas. Thomas is one of the disciples but he was not in the room when Jesus had appeared before the others. The disciples told Thomas all about it. But Thomas would not believe. Thomas told them, “Unless I see the marks on His hands for myself, I will never believe.” Because of this, Thomas was given the nickname, Doubting Thomas.

Eight days later, the disciples were all together in a room. This time Thomas was with them. The doors were even locked, but that did not stop Jesus. Jesus appeared in the room again!

Jesus spoke directly to Thomas and said, “Look at my hands and touch them. Do not be an unbeliever. Be a believer in Me.”

Jesus then said, “You believe because you have seen Me. Those who believe me without seeing are blessed.”

Question: Can you and I physically see and touch Jesus? (No.)

Jesus did not only want the people in our story to believe in Him. He wants every single person to believe that He died so that our sins could be forgiven and we could have a relationship with Him. Even though we cannot physically see and touch Jesus, we have His Word, the Bible, with us. Everything in the Bible is absolutely true and can be trusted. We should believe that Jesus is our Lord and Savior.

Do & Say: “Can you name all 5 of our senses?” (Hearing, Seeing, Tasting, Smelling, and Feeling) “We use our senses to know what something is and to prove it is real.”
Have the kids try to identify different objects in the bag by touch alone.
“Thomas did not believe that Jesus was truly alive until he saw and touched Him himself. Though we cannot physically touch Jesus, we should believe that He is alive and is our true Lord and Savior. God’s Word can be trusted as absolute truth.”

Do: Lay a piece of construction paper landscape in front of the child. Place their hands on the paper with fingers spread apart and thumbs touching (hands should be toward the top of the paper). Trace the hands. Cut around the traced fingers leaving the hands attached to the space of paper below.

Have kids draw a heart or dot in the middle of the hands to imitate the holes in Jesus’ hands. Using the space of paper below the cut-out hands, write what Jesus told Thomas (John 20:29), this week’s memory verse (Luke 24:6), or your favorite part of the Bible lesson as a reminder to believe that Jesus is our Lord.